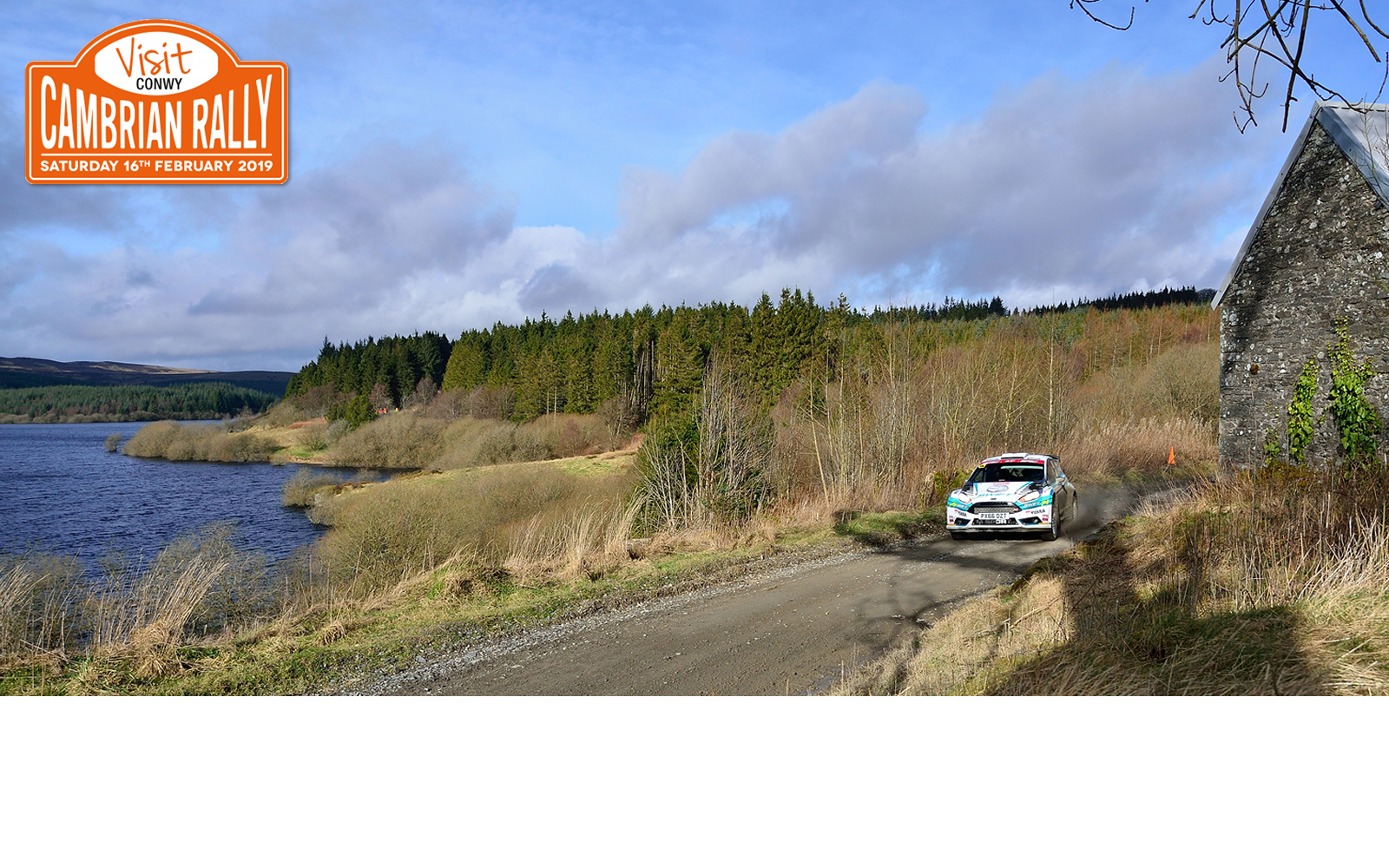 The Cambrian Rally has often been an event on our annual rallying calendar and this year’s addition, the 64th of the North Wales Car Club organised event came with the added attraction of being a part of the Motorsport UK British Rally Championship. Now, we have always favored this event and followed it as part of BTRDA & Welsh National Series and some may well have had concerns about having these premier championships possibly colliding on the same event, but we have to say it worked, and my gosh did it work well.

So why is the Cambrian up there as being one of the best stage rallies in the UK for us?

Well it could have something to do with it using some of the best stages in the UK; as used in Britain’s round of the World Rally Championships, Wales Rally GB; together with the always well contested entries each year; but I think that rather than us trying to convince you in words, it’s better for you to simply whack on your outdoors clobber and head out into the trees for this one next year, so that you can see for yourself.

The first group out into the stages was the smaller classes from the National B event, featuring the Rally First, 1400’s and Historics from the BTRDA & Welsh National Championships, this allowed these crews to get the best possible conditions ahead of the more powerful cars which followed them, a format, that us along with many do favor, as it encourages more competitors out bringing variety to the stages making events more viable.

Last year’s BTRDA Silver Star Champ, George Lepley was alongside Arwel Jenkins and out in a Hillman Avenger which had been lent to him by Baz Jordon, he showed amazing pace on this event putting a lot of other crews in other classes with more experience and better spec machines to shame. Beating all of the 2.5 Millington XE powered cars, all R2 Cars and many modern 4WD cars, they not only won the Historics Cup Class but were the top 2WD crew winning the BTRDA Silverstar award, finishing 13th overall.

This is an pretty impressive drive for a first time out in the 50 year old 8v Avenger running on carbs and a dizzy with a 4 speed box; demonstrating that this young man has the talent, this has to be the drive of the event for us.

The Talbot Sunbeam of Chris Powell and Jim Lewis was, as always “On it”, every time we see this little Sunbeam tearing towards us on the stages we can only imagine just how much fun they must be having from the inside, as they sling it into the corners. The Cambrian was no different to any other rally, as they walked away with the 1400 win and 14th overall; they also lead the Motorsport UK Pirelli Welsh Stage Rally 2WD Championships getting their 2019 season off to a great start.

With the unfortunate cancellation of the first round of the Scottish Rally Championships, the Snowman Rally; Euan Thorburn obviously could not simply stay at home. He was itching to get back out on the stages and the Cambrian was the perfect event to do this. With a last minute entry and all of the top crews from multiple Championships to go head to head with he was a welcomed sight on the entry list.

Joined by Paul Beaton on the notes in the slightly older Ford Focus WRC car, they were up against BTRDA regulars such as Stephen Petch and Charles Payne who were both pedaling newer machinery in the form of Ford Fiesta’s.

Thorburn was showing his intent from the very first stage of the day, Clocaenog and led Payne through the first 4 stages. However by stage 5 Gwydir, the battle had started to heat up; Payne was fighting back taking the stage win here and in the following stage also; which was the second run thru Alwen; leaving just 2.5 seconds between them heading into the final stage of the day, Clocaenog 2.

Thorburn remained calm winning this stage and with it, winning the opening round of the 2019 BTRDA Gold Star; just 3.3 seconds ahead of Payne. Irishman Niall Henry in the Citroen DS3 R5 rounded off the third spot of the podium, third fastest on every stage of the day was all he could managed and was nearly a minute off the pace.

In the BRC, David Bogie in a Skoda Fabia R5 led the 15 strong BRC1 field from SS1 Clocaenog, ahead of reigning champ Matt Edwards in the M-Sport run Ford Fiesta R5 who was just 0.8 seconds behind him; but by the end of Stage 2 Alwen; Edwards was stamping his authority taking the lead.

Moving into the group of stages around Betws-y-Coed, Stage 3 Elsi was where Edwards started to stretch out his lead; but Welshman Tom Cave in the Hyundai i20 was looking to bring on the challenge, Cave had overtaken Bogie here and moved into second place behind Edwards. In Stage 4 Crafnant, Edwards reacted by pulling just a little bit more time out ahead of Cave and again in Stage 5 Gwydir.

After a quick re-fuel it was back to the mornings opening stages for a rerun of Alwen and Clocaenog where Bogie was back on the tail of Cave snatching back second place; but the challenge of stages in the dark was soon upon them as crews headed back out after service in Llandudno for the final loop of three stages.

In Stage 8 the second run of Crafnant, Cave hit back at Bogie by winning the stage and with a sizable stage win at that too, even catching Edwards knapping. With just two remaining stages to go, Stage 9 was where it would all go wrong for Cave. About a mile from the finish of Gwydir 2 he was hit with a puncture only managing to post a 6th fastest time, but he was still holding onto second place from Bogie JUST. Heading into the final stage of the event it was clear that Edwards was on track for a convincing win but who would be the next best man?

Well it wasn’t going to be Cave that’s for sure, just half a mile into Elsi his nightmare in the dark continued with a second puncture, what a disaster this was! They did manage to make it to the end of the stage dropping from second all the way down to 5th but; to add insult to injury another flat on the road section hit them. With no more spares they were forced to retire with just a few road miles left to go, resulting in zero points.

And so Matt Edwards takes the win on the Cambrian – Round 1 of the 2019 Motorsport UK British Rally Championship and David Bogie takes second ahead Martin McCormack. In the Juniors class (BRCJ) James Wilson & Arthur Kierans took the win, finishing 12th overall in their Peugoet 208 R2 ahead of William Creighton in second and Marty Gallagher in third who were also both in Peugeot 208’s.