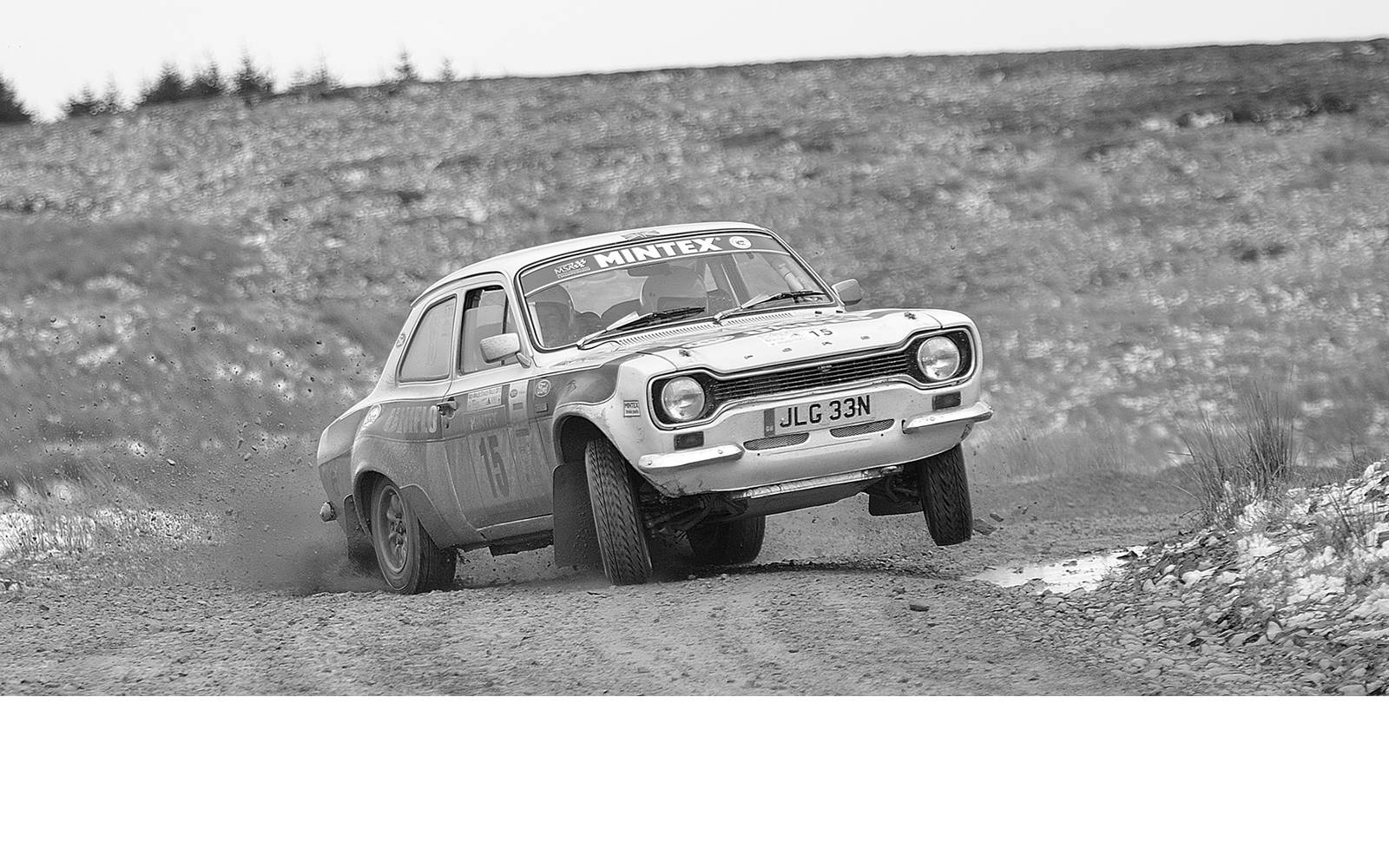 And so we move to Mid Wales for the second round in the 2015 BHRC & RAC Rally Championships and on to one of our favourite stages in all of the UK, the infamous Pikes Peak & Myherin Stage.

It all started off so well with what was reasonable weather for a bit of this old rallying game, the spectators flocked to the twisty uphill climb for the first stage of the day where they were once again treated to a similar mix of historic rally cars to what competed on the first round at the beginning of last month the Red Kite…. but as the day progressed the weather would take a turn.

The glorious section of the Myherin Stage in the Tarenig Forest Complex is nick named “Pikes Peak” due to its similarities in characteristics to the world famous hill climb which is found in the southern part of the rocky mountains of Colorado and it has an abundance of viewing spots which provides a great variety when it comes to photographing motorsport here. As you can imagine in the run up to the event one had to try and plan just where to go in order to capture the action. The choice is a tough one, especially as the stage seems to be confined this event once a year now due to the UK’s round of the WRC, Wales Rally GB having dropped the stage from its route last year, was that the right decision leaving one of Wales’s and the UK’s best stages out we wonder? Who knows… please discuss amongst yourselves.

The decision had to made and thus we started off  the day with some nice backdrop views from some of the midpoint bends of the Pikes Peak climb before moving on up to the top where it then opens out amogst the wind farms …….but could this have been the wrong move?

After the first stage of the day, crews moved onto the southern and eastern part of the forest before heading over the road to service and a blast around the spectator friendly Sweet Lamb Rally Complex where a jump and a splash where waiting for them before the stage headed out into the Hafren Forest. The fourth and final stage of the day was a combination of stages 1 & 2; crews tackled the first part of SS2 Myherin again and then crossed over to the midpoint of SS1 Pikes Peak for the reverse of and the final scary run down hill. The thought of tackling this section downhill in a rear wheel drive Escort with a puncture like the crews of cars 5 and 36 did, who were both still “fully on it” as they past us just terrifies me, they are either mad, brave or both…. we salute you!

By now the conditions out on stage were rather a little different compared to the morning runs, the tracks were white with a thin layer of snow on top of the churned up mud and gravel from the mornings run over them. The freezing conditions may have also added to the sideways action. A comment from another spectator who was sheltering with me by the electricity substation at the top was “It’s amazing what we do just to watch a load of old Escorts going sideways” which made me chuckle.

In waiting for stage 4 to begin, the afternoons weather turned rather unpleasant, up in amongst the open wind farms the clouds closed in, with sub zero temperatures the gale force winds blew hail and snow horizontally making it pretty harsh and brutal conditions to be stood out in. This pretty much put an end to most spectators day, but for the diehard amongst us and the committed volunteers that were out marshalling, who stuck out the arctic blizzard like condition, were rewarded with a brief reprieve just as the first historic entered the final stage of the day.

We were lucky enough to have clearer conditions for the historic field but the weather turned once again as the modern event tackled entered the stage. Visibility was once again terrible, my trigger finger was frozen solid, and the strength of the wind blowing the camera lens all over the place was getting a little all too mcuh and thus the thought of the warmth of the car heater on full blast was just too much to resist and so time was called.

So who were the winners in all of this?………………… Well not us poor sods standing out in this four seasons in a day that’s for sure.

In the BHRC, Cat 1 winners were Rikki Proffitt and James Whitaker in their Porche 911, Cat 2 Winners was David Stokes and Guy Weaver in their MK1 Escort, Cat 3 winners was Nick Elliot and Dave Price in the MK2 Ford Escort making it that five out of six wins for them on the Mid Wales, Cat 4 winners was Trevor Hancock and Jody Watson in the MG Metro and Cat K winners were Jason Tauber-Pritchard and Phil Clarke in their RS1800 Escort.

In the RAC, Cat 1 winners were Gwilym Roberts and Don James in their MK1 Lotus Cortina, Cat 2 winners were Stuart and Linda Cariss in their Escort Sport also in an Escort Sport was Cat 3 winners Graham Standen and Jane Eddington. Cat 4 winners were the Toyota Corolla GT of William Midgley and Jonathan Driver and finally the Crook Boys took the win in the open category in their fabulous Opel Manta.

Full results of all cats and the modern event that run alongside the main Historic event can be found http://www.amcrallyresults.co.uk/mws2015.htm