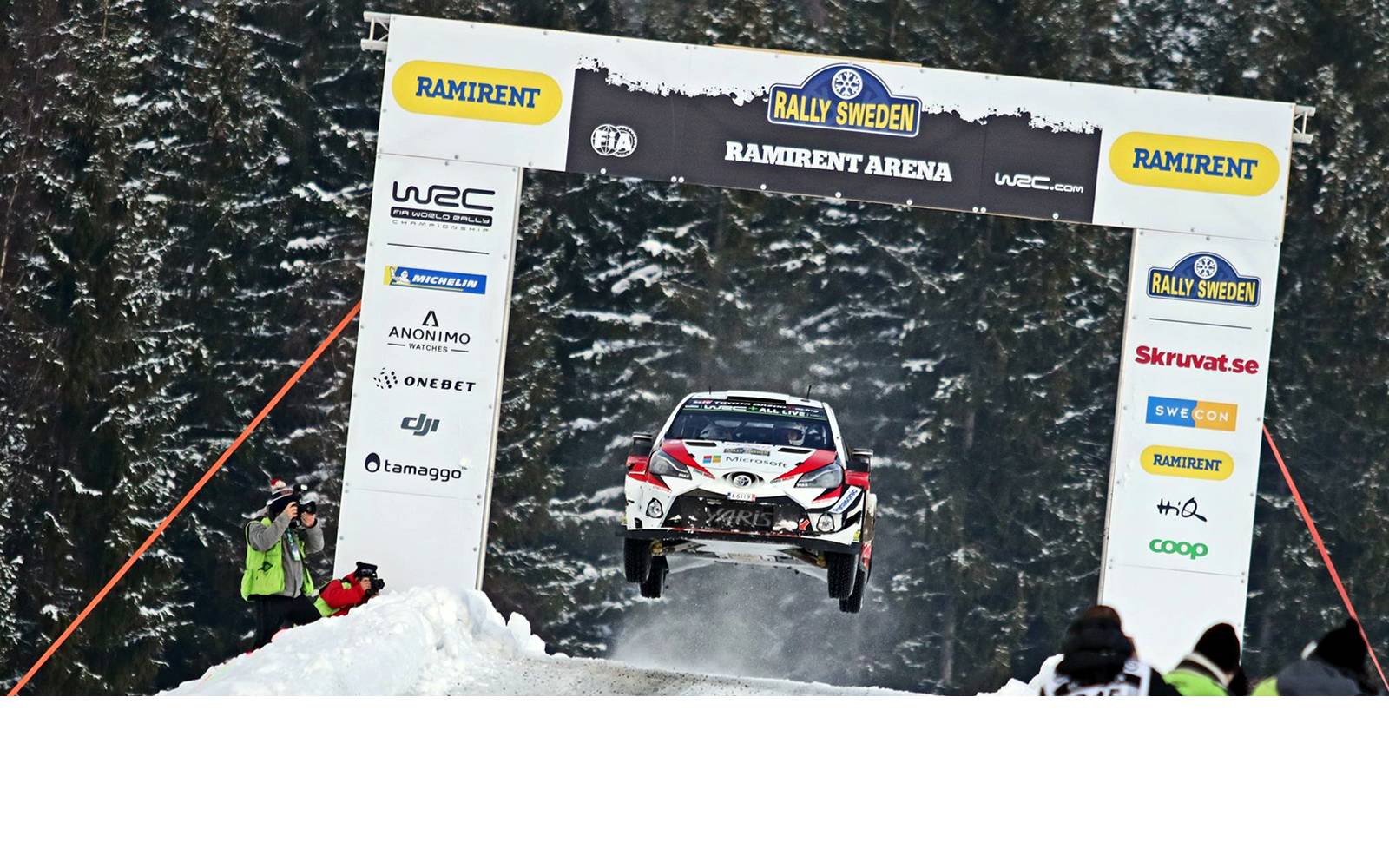 Next week round two of the WRC heads to what is possibly the biggest spectacle on the WRC calendar, that is the snow and ice of Rally Sweden. Last month the World’s best drivers tackled the legendary Monte Carlo Rally around the French Alps for the season opener and although on tarmac roads, the wintery conditions proved to be, as a always a difficult test. Sebastian Ogier took the first win of the year in the C3 WRC with his new team Citroen and leads the championships ahead of Hyundai’s Thierry Neuville.

However Neuville won last year in Sweden and will be looking to not only repeat that success but will be going all out to take the championship lead from Ogier, who currently leads by 8points. Hyundai currently lead Citroen in the manufactures standings and Neuville will once again be looking to his rear gunners Sebastian Loeb and Andreas Mikkelsen for their support.

Ogier will be looking  to improve on last year’s poor finish of 8th and hoping to keep his name at the top of the drivers’ standings ahead of Neuville, but the question is how will the C3 handle on the snow?

Well last year, Irish lad Craig Breen proved it could be tamed on snow as he finished second; but Breen has found himself without a seat this year so will not be able repeat that great result. Mads Ostberg will be back out on the stages once again for Citroen Racing, since also exiting from Citroen’s top level team, he will be competing in a DG Sport Compet run C3 R5 car in the WRC2 Pro against young Fin Kalle Rovanpera and M-Sports Gus Greensmith; who is currently leading following his Monte win.

M-Sport will be looking to put the Monte behind them and will be focusing on getting things back on track for their 2019 assault. Last year Sweden wasn’t a particularly great event for the team, despite having the champ Ogier and Evans who only finished 14th; in fact Timmo Suninen was the highest finishing Fiesta in 8th place last year. This year Evans and Suninen will be joined by local boy Pontus Tidemond who is out on his home event for his second outing in the current generation Fiesta WRC under the M-Sport banner. Let’s see if the combination of a Swedish and Finish driver, their experience of the conditions and local knowledge can score some decent points for the M-Sport team.

On the Monte the Toyota’s were very much on the pace and if it wasn’t for a couple of broken rims they could well have been in contention for the outright win. Ott Tanak showed lightning fast past and strung together a good amount of stage wins finishing in 3rd spot on the podium, newest team member Kris Meeke finished 6th walking away with the Power Stage win and Jarri-Matti Latvala put in a consistent event with a reasonably good finish in 5th. Heading into Sweden, in conditions that suite Toyota we really do fancy them for the win on this one.

19 Stages with a little over 319km of competitive action awaits the crews at the Torsby based event and the actions kicks off early Thursday morning with Shakedown; followed by the night time spectacular super special stage at the Karlstad trotting track.

Fridays stages cross over the border into Norway where a mass of Norwegian rally fans join the “Swedish Rally Mafia” for the first full day of snow filled forest stages.

Saturday features classic Swedish roads near Hagfors, with the legendary Colin Crest part of the Vargasen stage being the main focal point; where fans flock to witness the award for the longest jump.

Sunday morning the event comes to a head with two passes over the Likenas stage before live TV action coverage of the Power Stages at Thorsby.