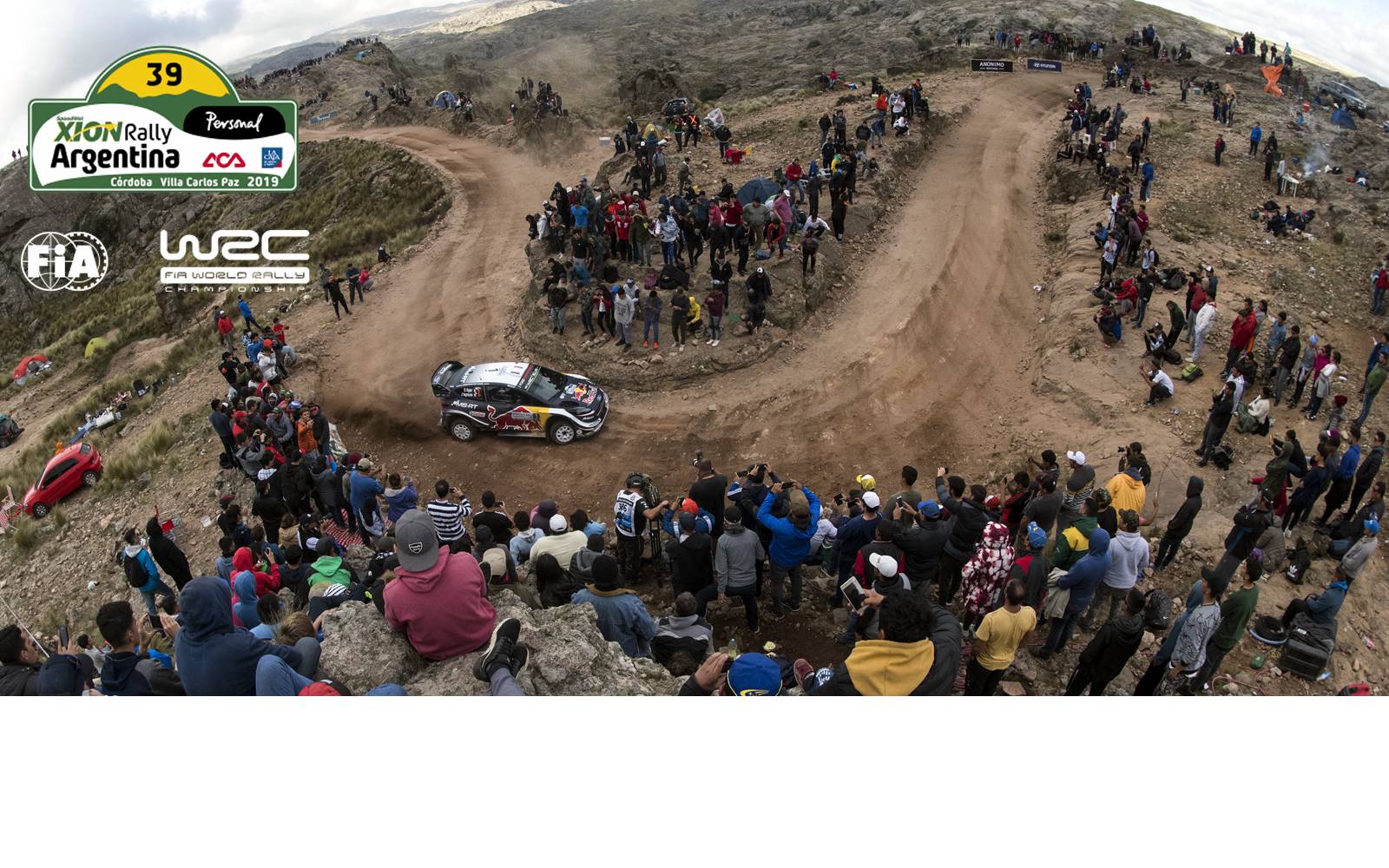 Argentina, rugged mountains, lakeland landscapes and vast plains are the playing fields for the next stop in the World Rally Championship calendar. Despite the small entry list, this South American adventure attracts big crowds that bring an awesome atmosphere stage side, with some iconic stages that have provided some great moments in recent years

The event is once again based out of the lake-land resort of Villa Carlos Paz, some 700km north-west of Buenos Aires, it offers up some stunning scenery and challenging rallying with a total of 347km of competition over 18 stages.

Although classified as a gravel rally, some soft sandy roads can become rutted for second passes, add to this the odd river crossing, which at times can become deep in wet weather conditions; the cars will have to run a diverse ride height. Other stages can be rocky and narrow as they pick their way through the lunar landscapes, sometimes in thick fog.

Hyundai’s Thierry Neuville leads the Championship off the back of his tarmac victory in Corsica, where M-Sports Elfyn Evans’s heartbreaking power stage puncture handed him the win. Neuville has a pretty decent record here over the past two years, last year he came runner up and in 2017 he was the victor, once again thanks to Evans, who lost the rally on the final stage of the rally.

Neuville will be expected to challenge for the win here, now that his 2019 Championship campaign is back on track. But that won’t come without a fight from the young Welshman, who will no doubt be vying for blood following not only Corsica but the 2017 Argentina rally, can he finally get the win that he so much deserves?

Last year’s rally winner, Ott Tanak, needs to get the better of his Championship rivals on this one, the tarmac of Corsica wasn’t a great result for him despite having the pace. Now that they are back on the gravel, his favoured surface, he needs to regain his momentum and fight back for the top spot on the podium; Tanak will be looking to steer his Toyota Yaris home drama free.

The other real Championship contender, Sebastian Ogier hasn’t really shone in Argentina in the past. For a multiple World Champ, unbelievably he has never won the event. Coming second best in 2014 & 2016 whilst driving the VW Polo is the best result that he has had, in fact the last two years he’s not even made the podium. This year he tackles the event in the Citroen C3 for the first time, a car in which Craig Breen managed a 3rd in back on the 2017 event, so only time will tell what he can do this year.

OK so that’s who we think are the main runners and riders, so, what about the best of the rest?

Andreas Mikkelsen returns to Hyundai after sitting out Corsica. Mikkelsen drove the i20 to a 4th place here last year and as good as that sounds, he was still out done by his team mate, Dani Sordo, who took the third spot on the podium.

So if the 2018 score card is anything to go by then Argentina will be a strong rally for Hyundai and they should in theory extend their current lead in the Manufacturers standings.

Citroen trail Hyundai by 12 points, but that’s only really down to Ogier’s efforts, his team mate Esapekka Lappi hasn’t had any noticeable results in Argentina before and although he lies in 6th in the currently standings, we are still awaiting for him to have THE RALLY where it all clicks for him.

Tommi Makinen’s Toyota Team really needs Kris Meeke and Jari-Matti Latvala to step up and deliver on this rally, both seen as Gravel guys, they really must improve on their past Argentinean results if the Team are to stem the points deficit that Hyundai at the top are building.

The second leg of the event heads west to the Punilla Valley for a further loop of three stages which are once again separated by the theme park super special before the repeat in the afternoon.

Sundays action will come to a climax on the now legendary El Condor Power Stage, the highlight of the whole rally.  Avid rally fans camp out overnight in their thousands to watch the world’s best tackle this world famous classic rally stage, which for the second consecutive year is driven uphill climbing up some 746 meters to the finish where we will see our winner crowned.