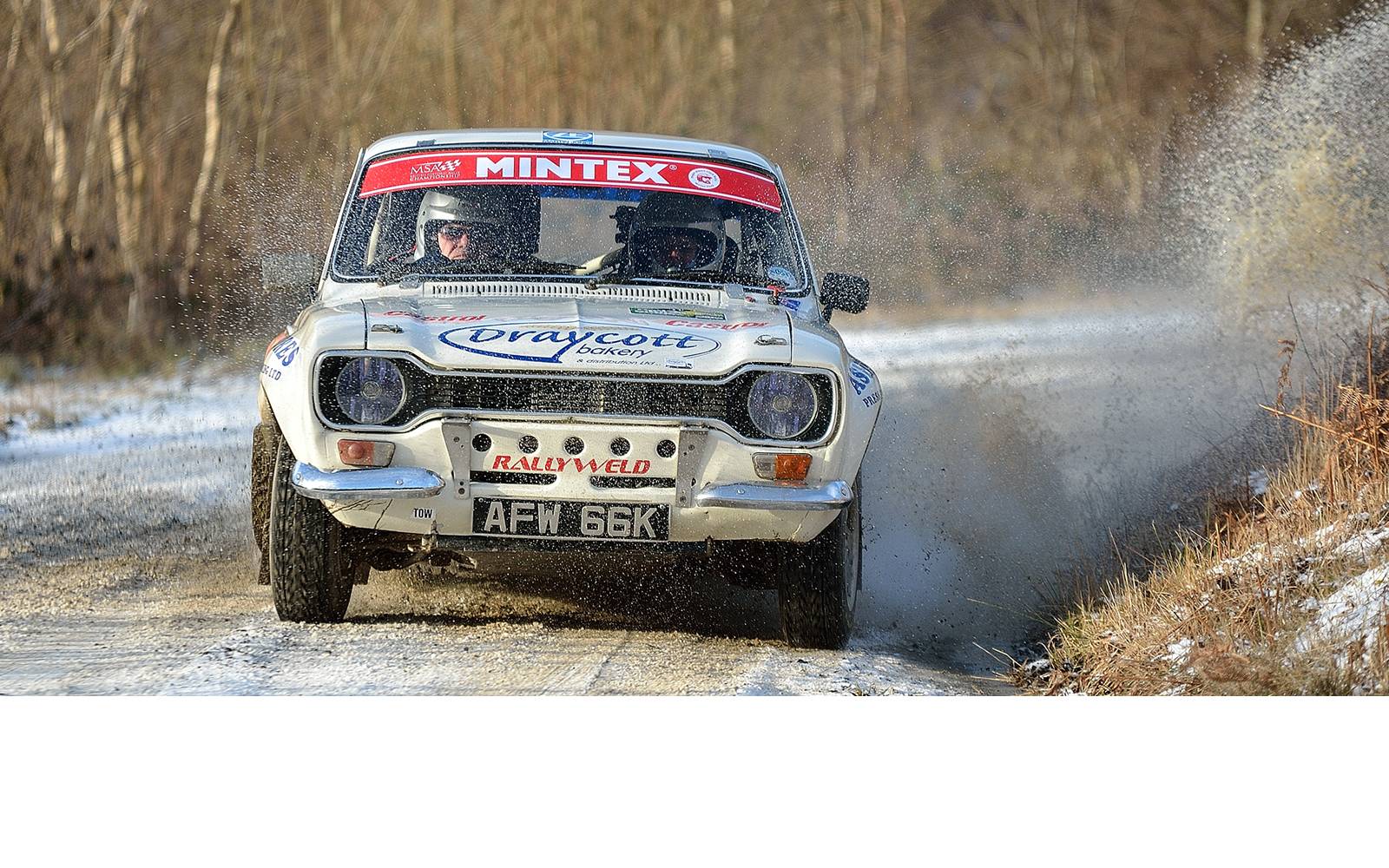 The Red Kite Stages organised by the team from Arman & District motor club was the opening round of the MSA British Historic Rally Championship (BHRC) and Roger Albert Clarke Championships (RAC), now both of the UK’s premier historic rally championships were in the hands of Colin Heppenstall and the Roger Albert Clark organisers and the competitors have shown their support by way of a fantastic entry list for this event.

Some might say that the event itself didn’t really make the best use of the stages that are present in this area of South Wales but a compact route never the less was more than adequate on the day as the crews dusted off the cobwebs from their break in rallying for the new season opener.

“The tricky conditions out in the forest meant that only the skilful and brave could push on while others having to tip toe around were happy just to make it to the end in one piece.”

Recent snow in the region did test the organisers as the second test of the day thru the southern part of the Crychan Forest complex sadly could not run. The laying snow that fell overnight in the region had frozen which prevented sufficient marshals and safety crews from entering the stage from the big uphill entry point at the start, a tuff decision for the organisers but the right one none the less. Luckily for us we managed to pop over to SS1 Crychan North just in time for the action and some great action it was to. The tricky conditions out on the forest tracks meant that only the skilful and brave could push on while others having to tip toe around were happy just to make it to the end in one piece.

Amongst the mass of MK1 & MK2 Ford Escorts there was some good variety out competing, such as 911’s, Mini, Cortina’s and Sunbeams all which were pleasing to see, however we were particularly pleased to finally see the Fiat 131 of the Rally Sport Development team out in action with Julian Reynolds at the wheel. The modern event that tagged along to the main historic event was just as entertaining to watch and added to the event, so all in all a great day out for any rally fan and for us, a great way to kick off 2015, we now look forward to heading further north in “Gods Own Rally Country, Wales” on the 1st of March for the Mid Wales Stages, the second round of the MSA BHRC & RAC championships.

Full results for the Red Kite Stages can be found at: http://redkitestages.co.uk/results.html