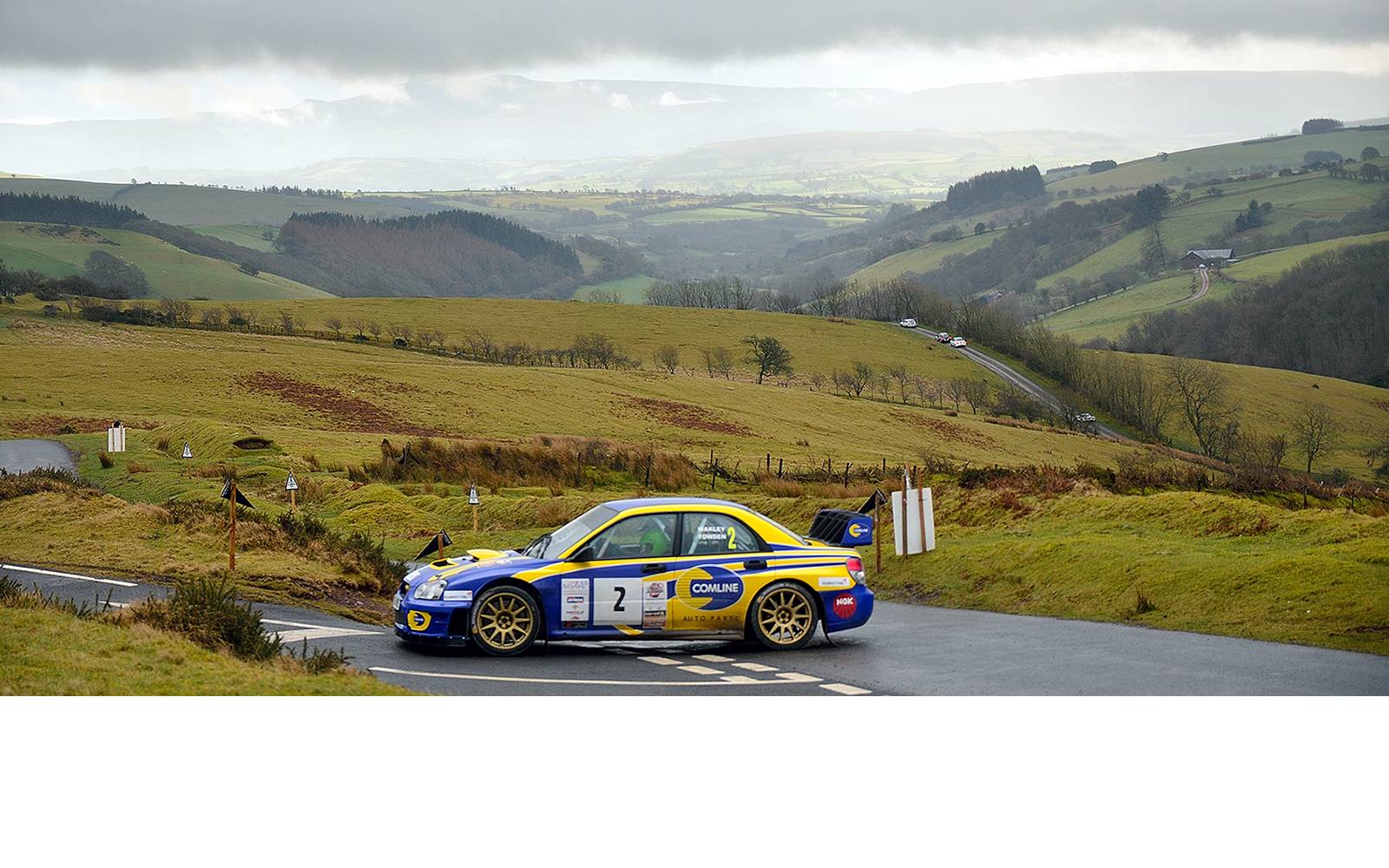 A Motorsport venue which has provided many rallying moments over the years, “The Infamous Epynt” military ranges played host for another Tour Of Epynt. The challenging smooth asphalt roads; combined with “Epynts Own Micro Climate” weather condition of which are to be expected up on the ranges; oh and lets not forget our four legged woolly friends thrown into the mix; all make for a challenging event with no shortage of spots for the rally spectators viewing pleasure. In recent years as part of the MSA Asphalt Rally Championships (which could be seen as the UK’s number one choice for tarmac rallyiest), the event organized by Port Talbot Motor Club has always attracted a good entry, however with the decline in the championship for which the Tour Epynt relies on for its bulk of competitors; the event struggled to make the numbers add up. None the less with a little over 70 customers; the event ran with 7 Stages on offer, consisting of two short stages repeated and 3 slightly longer stages for crew to get their teeth into. Luckily; for most of the day it was dry, which meant that commitment played a big part along with past experience and previous knowledge of Epynt being a major factor for anyone taking part;  time and time again we have seen just how big an off can be had on events on Epynt as this venue holds a reputation among the rallying community. Looking at the entry list pre rally, one would have had to agreed with the seeding and gone with the no 1 seed Damion Cole in the Ford Fiesta WRC as favorite for the win; however despite starting off well on the first 4 stages, the day ended on SS6 with electrical gremlins. This meant that the fight for the top spot with Bob Fowden in the S11 Subaru WRC was over, Fowden then went on to take the overall event win, over one minute thirty ahead of Tomas Davis on the Fiesta R5, rounding of the last step on the podium was Huw Read in the Darrian T90 GTR just 6 seconds behind Davis.