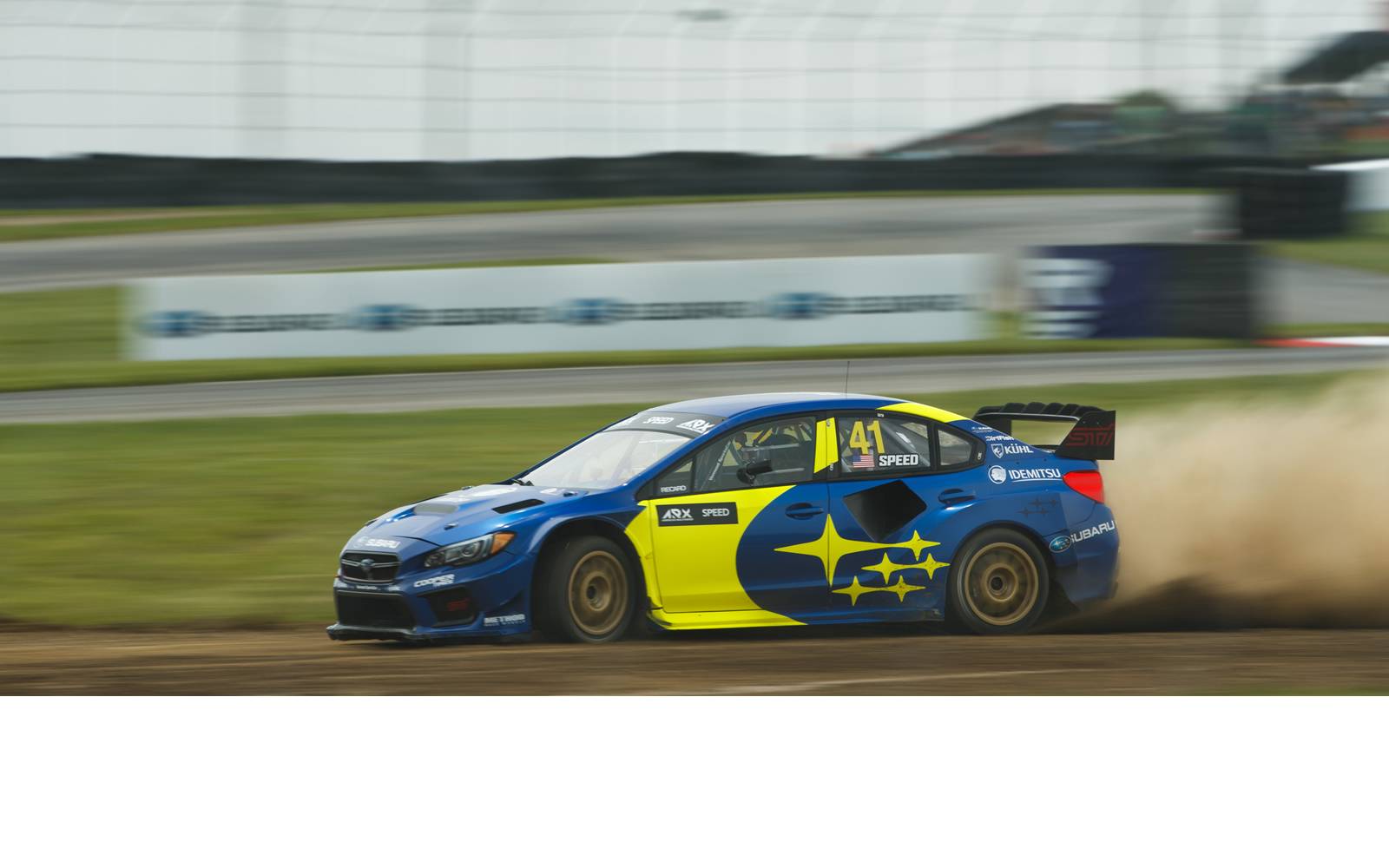 The first ARX event of the year held at the Mid-Ohio circuit saw Tanner Foust top the tables after the four qualifying sessions following a close fight with former teammate Scott Speed.

Going into the final round of qualifying the two drivers were separated by just one point. The final race of qualifying was led by Foust after breaking early to tuck up the inside of turn one to take the lead at the start and recording the fastest time of the weekend.

Last year’s champion had to recover from Saturday, where after winning Q1, he picked up considerable damage at the start of Q2, losing the wheel off the rear left. He came back to record the fastest time in Q3 to put him in contention for Top Qualifier.

The points were close all the way through the order after the last qualifying session. The second of the Subaru’s was Chris Atkinson in third place, three points ahead of the fast starting Steve Arpin in the Fiesta.

In a chaotic final the current champion came through to take the first win of the season and his first for new team Subaru. The Subaru driver had pulled out such a lead that he was able to take his joker on lap two and still come out with a considerable gap.

Coming out of the turn one chaos into second position was Steve Arpin, but he was pushed wide at the first turn which resulted in him cutting the second turn. This meant he picked up a five second penalty which was awarded at the end of the race.

The race was on for second with the two Loenbro Motorsports drivers, Arpin and Travis Pecoy. Pecoy was looking slightly quicker than team boss Arpin and went to take his joker on lap three but Arpin went in ahead so it was a last second switch to remain on the standard lap.

With Arpin’s five second penalty Pecoy moved up to second whilst Arpin held onto the final podium position.

Tanner Foust was caught up in the first turn drama, hitting the rear of Chris Atkinson which spun the Subaru round. Foust looked to pull his Andretti Rallycross Volkswagen Beetle off the track but was quick to get back underway at the back of the order.

The two Subaru’s of Atkinson and Patrik Sandell had big contact when they collided on the joker merge when Sandell was rejoining the standard lap. This caused Sandell to spin out off the track, although lucky not to hit the wall, but he rejoined and later passed his teammate who had a rear wheel hanging off the car.

Because of the collision between the Subaru’s, Foust moved up to fourth place ahead of Sandell and Atkinson.

The driver that missed out on the final for this first event was the Andretti Rallycross driver of Cabot Bigham.

Leading the standings after the first round is Speed on 29 points ahead of Foust on 22 and Arpin on 22.

ARX returns on 13 and 14 July for a double header at the ARX of Gateway.