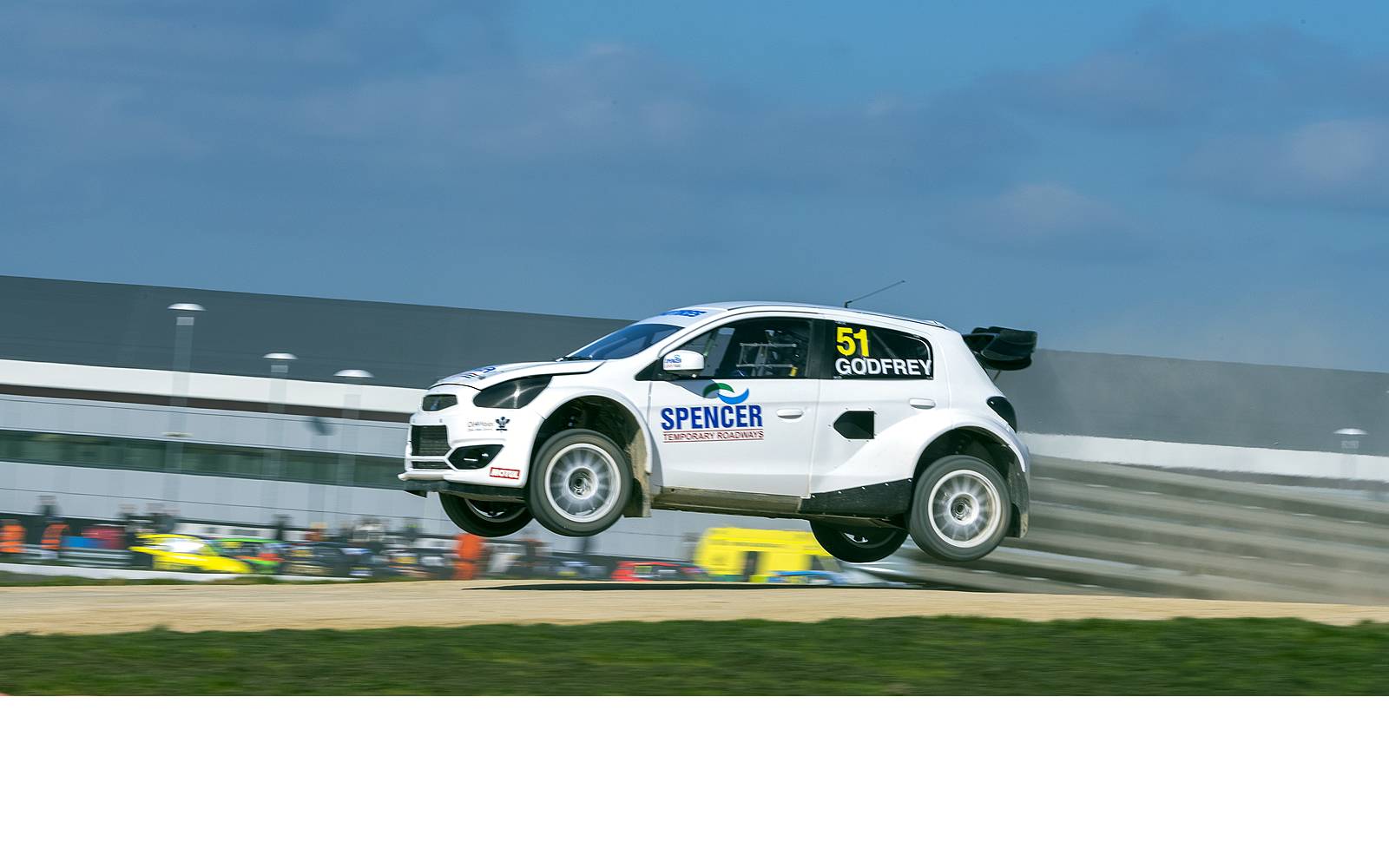 Now one year older the Silverstone Rallycross Circuit has finally seen some more action and once again for second year running, played host to the opening round of the 2019 Toyo Tires Motorsport UK British Rallycross Championships.

Last year was a very memorable event, not just because it attracted a World Class entry but because the weather was absolutely brutal. However, that was last year and it is long behind us, this year it was a pretty decent day and as for the action out on the circuit, well that held up alright as well.

With no defending champ Mark Higgins and no Albatec Racing team, it means there is a fight well and truly on for a new winner this year. Favorites include five times BRX Champion Julian Godfrey, who’s back out to play in the Mitsubishi Mirage with the Spencer Sport team and a line of other former Champs such as: Pat Doran in a Citroen DS3 and three times Irish RX Champ Ollie O’Donovan in a Ford Fiesta.

There was a last minute entry in from WRX driver Oliver Bennett in the Team Xite Mini Cooper but he along with O’Donovan didn’t even make Q1. Other early exits from qualifying heats were Mike & Liam Manning who both exited before completing the opening heat; they along with Mundy were also off the pace in the final.

Despite Derek Tohill topping the times in free practice, it was Godfrey who won all three qualifying heats convincingly ahead of Tohill, with Steve Hill in the Mitsubishi Lancer putting in the third fastest time, OK we can see where this is going!

There was no semi finals so it was straight in with the first final of the new season where Godfrey blasted off from the front row of the grid. Godfrey opting to take the joker lap early, blew the rest away managing fastest lap times all over the place, there wasn’t really anything that the others could do, Godfrey was in a class of his own.

The only interesting battle of the final came in the form of Doran and Hill, just under half a second separated them heading into the final lap but it was the Citroen of Doran that took the final podium spot.

Godfrey was clearly showing his intent from this opening round in his quest to improve on his 3rd place in last year’s Championships, Godfrey walks away from Round 1 with Maximum points.

Godfrey “I’ve had a really good event this weekend. I made a pretty good start in the final and took the joker lap early, because I thought Derek may have taken it earlier, but he’d just fallen behind. He was in front of me after that but then he had to do the joker on the last lap, so it all went perfectly for me, no mistake”.

On the day closer battles were to be fought in other classes such as the Supernationals, QF1 was fairly open with Jack Thorne in the little Renault Twingo being quickest off the mark. In QF2 it was the start of Tristan Ovenden’s quest for glory, he took the win here and then followed that up in QF3 getting the better of Thorne and Paige Bellerby in the Lotus Exige who was in third. Ovenden run away with the final winning by nearly 4 seconds ahead of Thorne, the battle for third was a tad closer with Peter McGarry in the Fiesta nipping the final podium spot away from Bellerby by just under a second.

Luke Constantine took the honors in the Swift Juniors winning two out of the three QF heats and Dominic Flitney won the Swift Sport class. Another single make winner was David Bell, who won all three QF heats on his way to victory in the BMW Mini Cooper series.

And finally for those oh so cool machines competing in the Retro Rallycross Championships; despite having a disastrous Q1 & 2, it was the awesome looking 4WD Ford RS200 of Steve Harris who took the win here in the final.

Full Results can be found on: https://www.rallycrossbrx.com/results/

The British Rallycross Championship heads down South to Lydden Hill next for Round 2.